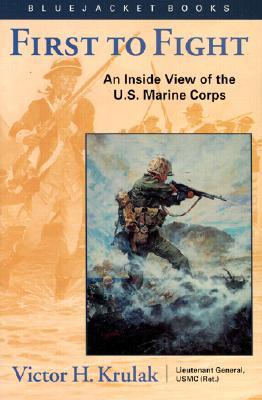 I remember at the School of Music during my training early on in my Marine Corps career, this guy in the Army asked me why we needed a Marine Corps. He said something like, “We [the Army] can do everything the Marine Corps does..” First to Fight is an inside look at the reason we have a Marine Corps.

At the end of World War II, there was a downsize of the military and with good reason: the over-burgeoning weight of men and women who joined the war efforts was staggering; as it came to a close, there was no need to continue the excessive size that ballooned during the global conflict. I suppose that the Marine Corps mission has been different throughout history: in it’s early days, Marines would hang from the rigging of ships and distinguished themselves as expert marksman as they protected against the assault of men onto their ship; In the 1920’s and 30’s, the Marine Corps adopted a doctrine on beach landings and assaults that drastically changed their purpose and intent. With the onset of WWII and the island hopping campaigns, this provided the Marine Corps with a lot of work. But during those years of excess directly after the war the Marines did nothing extraordinary, in the eyes of congress and top military leaders, that the Army could not do also. And thus the battle for the Marine Corps’ life had again come into jeopardy.

The first half of this book is, frankly, a dry read. The author, retired Major General Krulak discusses those early years after WWII and the struggle to get the Commandant in on the board of the Joint Chief of Staff, which includes the top Generals from the Army, Navy and what was to become the Air Force. He talks about court hearings and a lot of legal mantra that I just didn’t understand. I got the point though: saving the Marine Corps was tough and a lot of people were against it.

He then breaks down the Marine Corps from specific angles that isolate it’s strengths and how it is different and unique from other services. Examples from these chapters (the most interesting, by the way) are things like how thrifty and inventive Marines are. He uses anecdotes from his many years of service as illustrations of these traits that make Marines superior and builds an argument of why we need a Marine Corps.

Ultimately, he concludes that the purpose of the todays Marine Corps is a response force that can amass a great deal of proficient warriors in little time in order to “police” the world and it’s atrocities. It is because of this reason that Marines need to be ready to fight at any time. I remember hearing a story of the 31st MEU in Okinawa, Japan that was told to prepare during a typhoon to board a ship soon after it had passed in response to the 9/11 attacks. The Marine Corps survives today because it’s mission is made flexible to suit the needs of this great nation and we will continue in this manner until the fight for the Marine Corps life is put on the chopping block again. 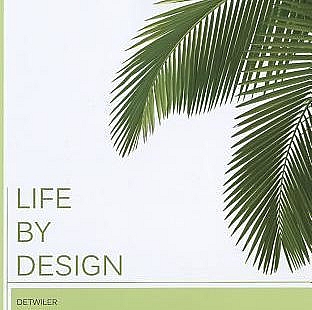