I’m continuing getting through Al Mohler’s summer reading book list with this interesting book on Israel’s six days war. Steven Pressfield prefaces’ the book with a warning: this isn’t historical fiction and it’s not entirely non-fiction either, but rather he terms a phrase, “hybrid history.” Essentially, he uses anecdotes from first-person witnesses to comprise a narrative story that looks at the six days way from the perspective of many individuals instead of merely writing about the political, social, and combat elements of the war. He puts you into the fighter jet, tank, or jeep; he illustrates the explosions of machinery, the gun fire from enemies, and the scenes of chaos from sky. Simply put, Pressfield’s book is a conglomeration of both aspects of non-fiction and fiction but the twist is these are first account witnesses to the events which adds to the mystique of this “hybrid history.”

In this way, this book does not focus on the political landscape of 1960’s Israel and Palestine, but rather it centers around people and their stories. For example, the beginning of the book sets up the inciting incident of Egypt’s massive militaristic build-up by way of a reporter who was recounting the details of her days before the start of the short war. Military generals of the Israeli Defense Force like Ariel Sharon give accounts of what they saw and experienced. In short, Egypt desperately tried to get all of Palestine to cooperate against Israel in an all out attack. Israel, knowing if these forces convened against them they would perish, planned a surprise counterattack. It sounds ridiculous all these years later: a country no bigger than Rhode Island attacking the great forces of Soviet-armed Egypt. But the most ridiculous part was: it actually worked.

Israel studied Egypt’s air force bases for many weeks, and then attacked. They sent about 100 planes against Egypt’s 500. They dropped bombs on the airfields and then turned around to put rounds in their planes. In about five hours time, Israel had singlehandedly knocked out nearly the entire Egyptian Air Force. On the ground, Israel fought against Egypt’s tanks and ground forces. Eventually, they pushed deep into Jerusalem, setting up new boundaries that included the West Bank. When the Israeli Defense Force pushed into the area that is now the Wailing Wall, many soldiers saw this as a strategic national victory against Israel’s oppressors.

There are a couple things we can learn about this from a Christian worldview. The first is Israel’s stubbornness to the Gospel, as seen in Romans 9. You would think that many Israelis would be Jews. I think you would be surprised to find that between 15% and 35% (Wiki source) of Israelis consider themselves atheists. Yes, in this book I was surprised to see many of the soldiers had no belief in God whatsoever. Further, the six days war is a classic story of the underdog beating up on the bully. This tells us that God’s plan for Israel is not over: indeed, more now than ever, my own convictions on premillennial dispensationalism are confirmed when I read about stories like this.

Overall, this is a great story and very well written: check it out! 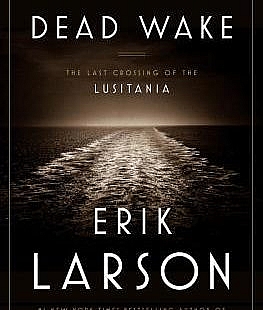