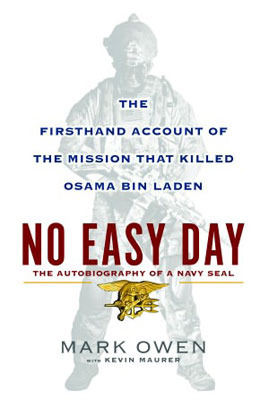 Mark Owen, a pseudonym for former Navy Seal Matt Bissonnette, has recently come under heavy fire from the Pentagon for releasing classified information about his time as a part of Seal Team 6 and their raid to kill Osama Bin Laden. This story is even more intriguing when former Seal Team 6 teammate, Robert O’Neil, claimed that he shot Osama Bin Laden, miring a controversial situation in more uncertainty. In any case, after his participation in this secret operation, Owen wrote a book about his experience in Seal Team 6, and most notably the story behind bagging America’s most wanted criminal: Osama Bin Laden.

The story begins on the night of Operation Neptune Spear, which had gathered intelligence that Osama Bin Laden was hiding out in a home in Pakistan. Owen details the helicopter ride in and how things started to go very awry as the copter he was on has to make an emergency landing. He then goes back and details a bit of backround of his own story: how he joined the Seals, the evolution of his thought post 9/11, how he joined the elite Seal Team 6, some of the training they did etc.

The whole book seems anticipatory to the last three chapters which actually details the day of Operation Neptune. The reader is informed on the secrecy that shrouded everything from their training to the classified information they were receiving. Finally, Owen writes a detailed account of that day in it’s entirety, that we have already mentioned, isn’t without controversy.

For those of you who have seen the movie, “Zero Dark-Thirty,” the book reads much like this film in terms of the actual raid. For more details, I would recommend picking up a copy of the book.

As I have mentioned in another book of the same genre, one thing that bothers me is how artificial this book reads. Obviously Mark Owen did not write the entire book, and while it reads more intelligently than “American Sniper,” it still has a hollow feel that seems surreal. It is obvious that Kevin Maurer had a heavy hand in writing the book. Unlike “American Sniper,” it is also apparent that some liberties were taken such as dialogue. How Owen remembers specifically what people said years and years ago is beyond me. Yet it is played off as non-fiction. That seems a little farfetched if you ask me. It seems that the writers sacrifice historicity and scholarship for entertainment at times.

In all, if you are curious as to the dubious nature of Operation Neptune and don’t have big problems with the aforementioned controversies and inconsistencies but are looking for an exciting and interesting book to pick up, I would recommend this book for purchase. And to help give you an extra perspective, also see “Zero Dark Thirty.”