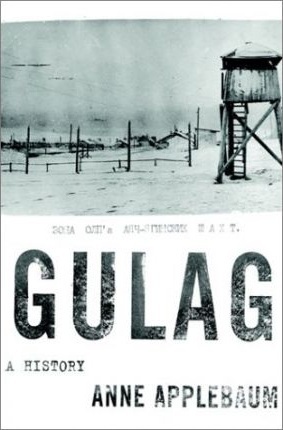 I think many in the West would be surprised to know that the death camps the Nazi’s set up in the 1930’s and 40’s did not end. No, Stalin and his oppressive regime continued Hitler’s legacy well into the 20th century. “Gulag: A History” is the end result of years of study by Anne Applebaum into these forced labor camps that were around from the early to late 20th century.

Applebaum traces the history of the Gulag, or labor camp, from a few different perspectives, only giving an actual “history” (as in a timeline) as how the Gulag began and how they were ultimately ended. In between, she gives an idea of: 1) what crime had to be committed to be sentenced to the Gulag; 2) transportation to and in-processing; 3) life in the camps; 4) living conditions; 5) work, play, and jobs; 6) and how people escaped among others.

Suffice it to say without going into too much detail, these were really camps were people were dehumanized to the point where they became shadows or ghosts that were living. Given very little to eat, very many died due to exhaustion. The Soviets used the camps to mine for materials, cut lumber or process other natural resources among other things. As people came in, instead of putting them into prison where they would rot for years to come, the Soviets put them to work. This might be fine except for two critical components: 1) the living conditions, including the amount of food they ate and the clothes they wore, were insufficient to human life and; 2) the reasons why the prisoners were there in the first place was often times a farce. Everything you can imagine that would be bad about a prisoner was taken to a different level in the Gulag. Gangs sometimes ran rampant, beating some for their food or their meager possessions. Rape, incest, homosexuality all were prevalent. Mothers sometimes birthed children within the confines of the prison, but were still required to work. The only way out of this hell was to mutilate themselves in order to go to the hospital where they received no work and satisfactory food.

The horrors of these camps continued mostly under the oppressive regime of Stalin. Under leaders after him, they began to relax until the fall of communism in 1991. Applebaum estimates that nearly 28.7 million people were, at one time or another, incarcerated in the Gulag system. While estimates are shaky, she says anywhere from 2-10 million may have died.

There are a lot of angles to consider in this book, and because I’ve read it over the course of about a year, I don’t remember all the details; just about being horrified at the things I was reading. There were redeeming parts of men and women’s humanity that rang through. Some started art shows or “newspapers” to pass the time. Others formed chorale groups to keep morale up.

This is a thick book with a lot of things to consider. After the Nazi’s surrendered in 1945, the German civilizes in towns nearby concentration camps like this one at Buchenwald were forced to march into them and see what the Nazi’s were actually doing. You see them walk along in Sunday’s best dress, happy and chipper as they enter the camp. When they file out, they are sick and often times in tears. They had no idea what the Germans were doing and were disgusted by their ignorance. I believe this is Anne Applebaum’s point too. She talks about how there were varying reactions when she told Russians about what she was doing. Many want to bury it in the past as a relic of a bygone era. But there is importance in bringing it to the forefront: so that it may never happen again. And we pray to God that it doesn’t.

The Courage to be Protestant: Truth-Lovers, Marketers, and Emergents in the Postmodern World, 2015, David F. Well 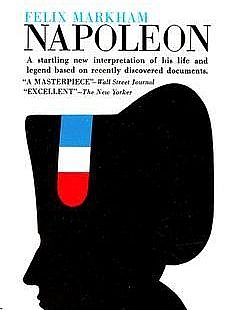