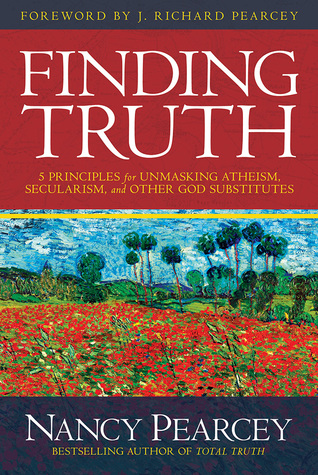 I read Nancy Pearcey’s book, Total Truth and “Finding Leonardo” last year and found them to be really compelling. Pearcey’s experience at L’Abri Fellowship with Francis Schaeffer inspired her to reclaim her Christian faith and delve into areas of Philosophy and Apologetics that are often times denigrated by evangelicals. In this follow up book to Total Truth, Pearcey wants to equip Christians with tools that combat idols. Taking a page from Romans 1, Pearcey builds her thesis on verses 16-32. Romans 1 is easily one of my most favorite chapters of scripture. She calls it a guide to apologetics.

Pearcey’s utmost concern is about worldview. She argues that Christianity is the most coherent worldview among all the philosophies of the world. This is why the Apostle Paul can say, in Romans 1:16, that he is “not ashamed of the Gospel of Christ.” It is only through the Christian worldview that men can have a dignified and complete view of humanity.

Pearcey has a 5 step guide to diminishing idols in our lives. She argues that idols don’t just have to be other gods, but an idol is defined as anything that replaces God. Therefore, philosophies can be idols because they inherently replace God with other ideas. Here is her 5 step guide summarized:

As you can see, this is great information. I want to end my review with a conversation that I had with a relativist a couple of months ago (one that I think would make Nancy Pearcey proud). I went back and re-read what I had written to him, and it struck me that I was already employing some of the tactics outlined in this book. To have an understanding of other philosophies is really an essential for Christians in a fallen world. I hope that you will pick up this book (and Total Truth) and become familiar with what you are up against as a Christian:

My point in the slavery/fascism illustration is to say that there is evil in the world, and we should oppose evil because there are moral absolutes. If something is wrong, we should stand against it. According to the Bible, homosexuality is wrong and while I think it is equally wrong to hate those people, I do believe Christians should stand in opposition to fallen humanity.

You say something very interesting too: “if anyone wants to actually see change in the human race you have to observe and accept the way it operates and act realistically.” We finally have come to common ground because I agree. But I think our common cause is again dependent upon worldview: for the Christian, understanding that man is inherently evil is acting realistically. The fact that God has put into us a conscious and the creation of the world, let alone his divinely inspired word (Romans 1:18-32), is enough to condemn us. Further we are tainted with a sin problem (Romans 3:23), making our attempts to get to a holy God futile. That is why God sent a mediator to earth, Jesus Christ, who was 100% God and 100% man (John 1:1-16); His manhood was representative of those He was on earth for and his Godhood was the only means by which one could be a suitable substitute for sin. Therefore, when he died on the cross it wasn’t for sin but the punishment for sin (Romans 3:24-26). The word “justification” describes this process in which one comes Into the courthouse and is condemned by his evil actions by the judge (God); but while he is guilty, Jesus Christ steps in to take the punishment. This is achieved “by faith” (Romans 4:3-6): faith that Jesus Christ was God, that he took upon himself the punishment for sin, and that you repent of your old way of living and conform to that of God’s. This is the Christian Gospel.

My point being understanding the evil condition of man is much more realistic than a moral fortitude that changes with popular opinion (notice that homosexuality was much more of a non-issue 20 years ago with most people against it when compared to 2015)… My goal was not to convince you that the Bible is infallible, but to demonstrate that it makes logical, coherent sense without contradiction. I hope I’ve proved not that my view is the “right” way (although I believe it is), but that to be practical relativism is not a worldview without contradiction.” 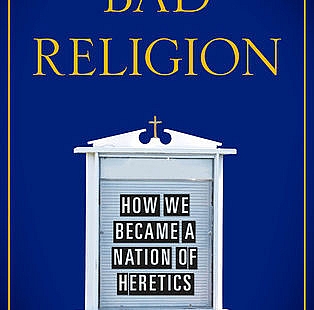