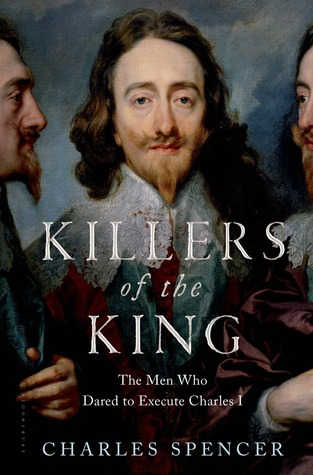 Have you ever gotten 100 pages into a book and realized that you hate it, but since you’re so far in, you have to finish?

That was this book in a nutshell for me. I am no anglophile, and the title of the book is so much more appealing that the contents.

Let me try to see if I can draw some conclusions about this book:

England in the early 1600’s was a complex machine. By the 1640’s, there was a parliament but it acted as an advisory council and had little real power. The English have always had spats with the Scotts, and by the middle 1640’s, the two were pitted against each other: the Royalists were loyal to the King of England and the Parliamentarians were, obviously, loyal to Parliament. The reason for the Civil War was religious: Charles I wanted to make the Anglican religion universal over all of Britain. The more Presbyterian Scotts thought this a violation and quickly mounted several uprisings that devastated the order. After some bloody years, the Royalists lost and Parliament took control of the country. In the process, Charles I was extradited for high treason. During a sham trial where Charles wasn’t even able to defend himself, some 60 Regicides ruled that Charles had committed high treason and was sentenced to death. Parliament took control of the government and the first inklings of a republic were formed.

Charles’ son, Charles II, was placed in control as Monarch after some fighting. He led in his father’s footsteps and made the Monarchy powerful once more. Further, he wanted to get some revenge on those who gave his father an unjust trial. Therefore, an edict was ordered that all the Regicides (whose names were not mentioned in any official documents) were to be captured, imprisoned, and placed on trial for high treason.. for the crime of killing the King. A precarious situation for these men.

The king dies in chapter 3. The rest of the book is dedicated to the search and trials of several prominent men. There are more subtle sections that describe how the Regicides were able to avoid capture. I found these to be a bit taxing to read through. The trial and subsequent death proved to be more interesting (call that macabre but read it for yourself and you’ll know what I mean..). One gets a really good idea of middle-1600-English-high-treason killings through a quick read of this book (and it’s not pleasant).

Sometimes I think we pick up a book on history and think, “what does this got to do with me?” I was thinking about this question while I was reading through this book several times. Here are some answers I came up with (sorry if they’re lame):

Follow Me: A Call to Die. A Call to Live, David Platt