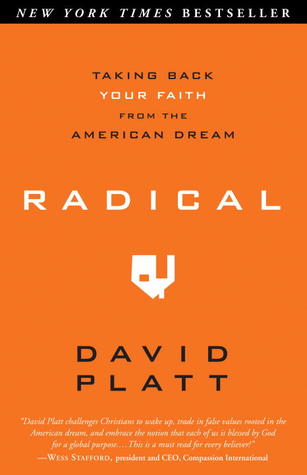 The best way I can describe this book in a nutshell is from what Jesus said in Luke 9:23: “And he said to all, ‘If anyone would come after me, let him deny himself and take up his cross daily and follow me.’” I think we read that and don’t take it seriously as Evangelical Americans. I think we read that and choose to ignore it. It’s not because we’re bad people (although, we do have wicked hearts) but I think it’s because we’ve been conditioned by a society that is so cultured to the opposition of what Christianity really is, we’ve lost our way a bit. This conditioning is due, in part, to the excessive wealth that being American has come to mean. Even those who live below the poverty line in this country are more wealthy than 60-80% of the world.

David Platt understands this. And he wants you to take up your cross in a specific way. Because we live in a nation that adores the American dream. You are born, you go to school, you go to college, you get a good job, you have a big house and have a mortgage, you have 2 cars, you get married, make some babies, they grow up, you save money for retirement, you retire, and you live out the rest of your days in comfort. Is that really all life is about? What’s even worse, is that really what the Christian life is about?

That is where David Platt is taking you when you read this book. Jesus and the Apostles understood the Great Commission: to go to the whole world (not just your neighborhood or the city that you live in) and proclaim the Gospel of Jesus Christ, baptizing them and making disciples. So often we get this impression that international missions are just a certain calling and since you’re not called, you won’t go. That is a lie. The Great Commission is a directive for all peoples who call themselves Christians. So why, as probably the most affluent nation that history has known, do we struggle to support such causes? There are a lot of reasons, but mostly because we have a lot of excuses. We like to be comfortable. We want to buy the newest, greatest iphone for our own pleasure. We want to live a life of luxury in our ivory towers, trying to impress the guy next door with our slick cars and our cool gadgets. The sad statistic is that by the time you finish reading this, around 100 children will die around the world, mostly from preventable diseases. What’s even worse is that many of them have never heard the Gospel. What’s even worse is that you are content to do nothing about it.

There are approximately 1.5 billion people on planet earth who have never heard the Gospel. That is an astronomical number. These are not people who have heard and have rejected the Gospel: these are people who have never heard it at all. That number is cited in Radical but it may be smaller, but the point stands: we, living in the most affluent nation that history has known, are doing relatively little to help the Gospel spread. American Evangelicals are content with their lives; they go to their Church and play their part for being feed, but will rarely help feed those in the most desperate of need. This is the sad narrative of the American dream. And this is what David Platt is trying to help us all realize in this book, “Radical.”

So here are some take-aways that I came up with:

These are things that I’ve thought about a lot over the years. I too, am fed up with cultural American Evangelicalism. And before someone claims that I am a social-gospel advocate, I am certainly not. I am trying to do my part in the Great Commission as I believe we all should be taking part in this. So pick up this book, read it, and do something meaningful with your money, your time, and your energy.

The Attributes of God Volume 2: Deeper into the Father’s Heart, A.W. Tozer 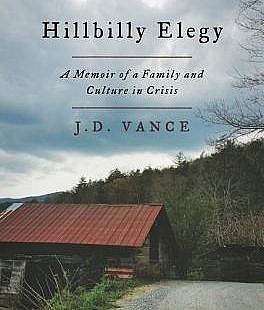 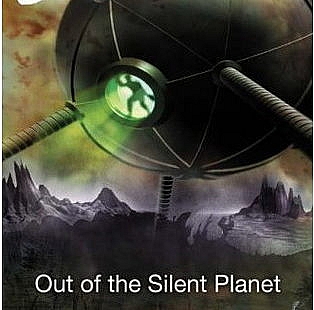