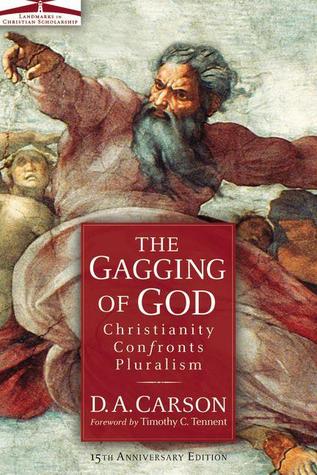 Well. It took me a couple of months to get through this book, so I’m very proud of that accomplishment. This is a THICK book, both in literal and figurative terms. It reminded me a lot of the David F. Wells series I finished (which, if you haven’t checked out, you should). It’s also one of those books that as soon as I finished, I knew I would have to read it again. There are just too many important things that I felt I missed going through it.

A gag is something that prevents someone from speaking. Therefore, the gagging of God is literally man’s attempts to silence the word of God. How this is accomplished is through the re-interpretation of scripture, making what God has revealed to us worthless. The main proponents of this gagging are what are called “pluralists.” What is pluralism ? Pluralism can mean many things: on the one hand, in Evangelical theology, pluralism is synonymous with universalism: no matter what happens or what you believe, all people will eventually be “spiritual” enough to go to heaven, or whatever conception of “heaven” pluralists concoct (think Nirvana in terms of Buddhism). Other definitions of pluralism include philosophical pluralists; post-modern existentialists who relegate all truth to the individual. In any case, after Dr. Carson defines pluralism, he spends the next 500 or so pages combating such philosophies.

There are four parts of the book that are as such: 1) Hermeneutics; 2) Religious Pluralism; 3) Christian Living in a Pluralistic Culture; 4) Pluralism Within the Camp. In part one, Dr. Carson talks about how the reason we have arrived at religious pluralism is through faulty hermeneutics, or as he calls it, the “new hermeneutic.” If you are unaware, hermeneutics is simply the process of interpretation. How can there be people today who believe that hell is not real, that salvation is not based on a subjective faith in Jesus Christ alone, amongst other things the Church has held to for thousands of years? With the rise of post-modernism and thought that was genuinely “radical” at the beginning of the 20th century (accelerating in the 1960’s), it’s not a surprise that this has spilled into the religious realm. The first attack on Christianity has always been the Bible because without its authority, you break up into the periphery or “spirituality” as it is called today.

Part two delves into religious pluralism. The most interesting chapter, I thought, was entitled “What God has Spoken: Opening Moves in the Bible’s Plot Line.” Dr. Carson’s defense of traditional Christianity from the perspective of the meta-narrative that occurs beneath the plot of the entire Bible. Often times pluralists will take sections of the Bible as proof for their point of view. These “proof texts” however, are easily dismantled when examining the Bible as a whole work, and not merely two or three sentences that agree with your position.

Part three was really interesting I thought. Dr. Carson moves from the theological realm to the intensely practical: how do you live out Christianity in an ever growing pluralistic culture? He looks at this through the lens of the government, the Church, the community, among others. Philosophical pluralism does not and has not just affected the Church: it is literally everywhere. We look at the condition of our political system and the vast sexual revolution that is taking place right in front of our eyes and we have to attribute somewhere along the line, something radical took place for such things to occur. Philosophical pluralism is sure a good place to start. But how do you combat that? Dr. Carson talks about this extensively in this section.

Overall, there is just too much going on in this book to discuss at any length here. This is a really good book, but a really difficult book. Like I said, I will have to read it again..

The Conviction to Lead: 25 Principles for Leadership That Matters, Albert Mohler 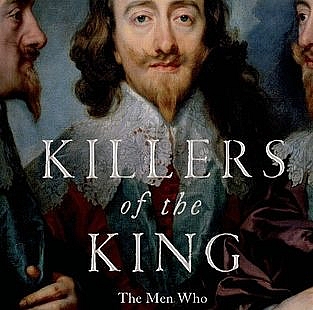