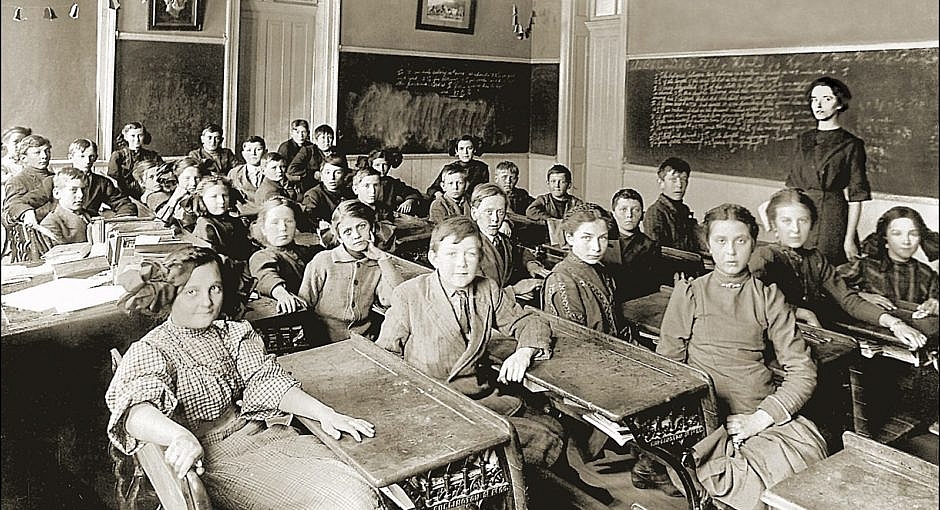 The History of Special Education: Giftedness and Talent Development

The History of Giftedness and Talent Development

There has long been an interest in those in society with what seem to be extraordinary abilities and aptitudes. These individuals are quantified as “gifted” or “talented,” vague nomenclature that helps few discern what characteristics define the terms. And yet the educational world must ask how to provide assistance to all members of society, even those who push the boundaries beyond what “normal” children are required.

For this reason, this work will focus on several aspects of giftedness and talent development that will culminate in giving some suggestions to educators on what classroom practices should be employed to best suite this group of individuals. This will be done in several parts: first, a definition of giftedness and talent will be suggested to narrow down which individuals apply to this terminology. Second, a brief history of educating the gifted will be given with special emphasis on government legislation. Third, the current response to and how agencies assess identification of the gifted will be examined. Lastly, there will be a discussion on how everyday teachers can meet the needs of gifted students in their classrooms.

Determining who is included in the category of “gifted” or “talented” is difficult to quantify. This issue is made more convoluted due to the many definitions put forth by psychologists, researchers, and practitioners (McCollin, 296). McCollin states, “The problems associated with the definition of giftedness stems from multiple sources, including the differing theoretical views on giftedness; the wide range of characteristics associated with children having extraordinary skills, abilities, aptitudes, and talents; the varying definitions of giftedness” (McCollin, 296) These illustrate some of difficulties in pinpointing what gifted means. For example, an individual could play a musical instrument beyond their grade level. This may be considered “talented” but does that necessitate “gifted”?

While various definitions have been put forth, they all revolve around the qualifications as described by the National Association for Gifted Children: “A gifted person is someone who shows, or has the potential for showing, an exceptional level of performance in one or more areas of expression” (McCollin, 298). This, more or less, encompassing the entire spectrum of federally mandated definitions, such as: “… who by virtue of outstanding abilities, are capable of high performance…”; or “… you who give evidence of high achievement capability in areas such as intellectual, creative, artistic, or leadership capacity…” (McCollin, 297). All of these coalesce into two distinguishing marks: first, the child demonstrates an extraordinary ability whether intellectual, creative, or physical. Second, these extraordinary abilities allow the child to exceed that of their peers in those same categories.

Individuals who display remarkable gifts have always fascinated people. In the United States, this goes back to the founding father Thomas Jefferson. He “… submitted a bill ‘The Diffusion of Education’ in the early 1800s to provide funding for a university education for promising students” (McCollin , 289). However, the needs of the gifted in America would not be fully realized until 1868, when a school for the gifted broke ground in St. Louis (McCollin, 290).

One of the early methods of distinguishing the gifted was by way of testing. In France, two psychologists, Alfred Binét and Theodore Simon, conducted an experiment utilizing the “Binet-Simon Scales” (BSS) (McCollin, 290). At its core, the BSS was a test to measure intelligence. The BSS was largely a failure in terms of the experiment because it carried within it implicit bias that shrouded the integrity of the results (McCollin, 290).

The BSS was revised in the United States under the guise of the Standford-Binet Intelligence Scale (SBIS) in 1916 by Lewis Terman (McCollin, 290). This test measured “intelligence quotient” (IQ) which “involved a ration of mental age to chronological age” (McCollin, 290). The IQ test would become a staple in determining the gifted in the 20th century and furthermore, would have major implications on the educational world.

The beginning of the 20th century did not see any radical departure from the status quo for the education of the gifted despite the research that was being conducted. Terma and Leta Hollingworth, for example, published a research study of over “…1,500 gifted individuals in the 1920s that drew attention to the identification, education, and nurturing of students with gifts and talents” (McCollin, 291). Unfortunately, no sincere application was made by governmental agencies until the Cold War.

In 1957, the Soviet Union launched a probe into space called “Sputnik.” The fallout from this event led President Kennedy to launch the so-called “space race.” In the wake of these decisions, the National Defense Education Act (NDEA) was proposed and passed in 1958. This allowed federal funding to “… [Establish] [programs] for gifted students; the development of ways to identify students with superior abilities and high academic achievement… and research to identify effective methods for providing quality educational experiences to gifted students” (McCollin, 292).

With the onset of NDEA, the United States saw marked improvement in federal education reform with gifted students in mind. This took several steps to achieve: first, the Marland Report (1972) directly assessed modern education practices about gifted students and saw the establishment of the U.S. Office of the Gifted and Talented (McCollin, 292). The Marland Report and others contributed to the passing of the Javits Acts in 1988. This legislation had three major points of emphasis: “research on effective methods of assessment; appropriate identification components; and instructional programming that focused on underrepresented populations of gifted students (McCollin, 293). The act was reauthorized in 1994 and in 2001, the latter under the auspice of No Child Left Behind.

Despite the research, reports, and legislation of the federal government, there continues to be a significant need for educating the gifted and talented. McCollin says, “Yet even with this more comprehensive conceptualization of gifted and talented, one can find a range of personal beliefs about the word ‘gifted’ by educators that elicits multiple meanings and much nuance” (294). For this reason, gifted students are still being held back despite the insistence that accelerated programs have distinct advantages.

As mentioned, defining who exactly qualifies as “gifted” can be an imprecise process. In earlier times, a simple test quantified students as either gifted or not. Since then, other methods have become more precise in identifying gifted students. These other methods are not singular but rather multidimensional and take into consideration numerous factors.

Instead of a single test, gifted students in the public sector are identified by building a portfolio of evidence. McCollin says, “Collecting and compiling profile data on each student is necessary for the implementation of an effective differentiated program for the gifted student” (303). These include: individual and group intelligence tests; achievement tests; portfolios or demonstrations of student work/talent; teacher nomination; parent nomination; self-nomination; peer nomination; and extracurricular activities (McCollin, 303). Far from being a simple exercise, the identification of gifted students requires time and attention by parents, teachers, and administration.

Despite the research, there is still a heavy emphasis on assessments as being one of the most prominent forms of identification of the gifted student. McCollin identifies at least three different kinds of assessments used to place gifted individuals in a specialized academic program: objective-type instruments (e.g., IQ or other standardized tests); performance assessments (e.g., performances in dance or music); and rating scales, interviews (305). Schools must enact specific protocols for effective assessment. McCollin suggests these include: assessment tools must be within the purview of the giftedness of the student; the identification must be from multiple sources; testing environments should allow the student to fully express their talent; and school personnel should be informed of the technical documentation (305).

Giftedness and Talent Development: In the Classroom

Individual students need individual needs. For the gifted student, teachers need to understand that while they may not be categorized as gift, they excel. McCollin says that “Differentiated instruction encourages the learner to construct and produce knowledge in meaningful ways” (301). There are several ways this can take place in the classroom: individual and group summarizing; investigation of divergent perspectives; higher order critical thinking; brainstorming; Socratic dialogue; problem solving processes; and team teaching (McCollin, 302). Some of these classroom-differentiated instructions come in the form of modifications of current lessons. Knowing that a student may have a propensity towards giftedness may encourage teachers to add elements of rigor within lesson plans to intentionally challenge these students who may feel bored or out of place.

The inclusion of the family into the learning of the gifted student may be the most important step in ensuring the success of the student. McCollin says, “These family units represent the most important socializing agency in the life of the child and as such have a definitive influence on decisions that impact the life trajectory of the student” (McCollin, 305-306). Since gifted students have an “asynchronous development,” the relationship between teacher and student must collaborate to guarantee their success (McCollin 307). Both teacher and parent must be aware of the unusual cognitive or performance ability of the student and work together to form proper scaffolding for their development.

Lastly, teachers need to utilize the whole gamut of technological resources for their gifted students. McCollin says, “Students with gifts and talents characteristically possess skill sets that are aligned with and improved by current technologies, and it is critical that educators incorporate various technologies within their pedagogy and classroom environments” (McCollin, 307-308). As the world becomes smaller because it is becoming more connected, so too will information be more readily available to be utilized via technology by gifted and talented individuals. 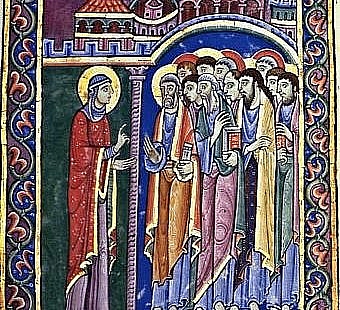 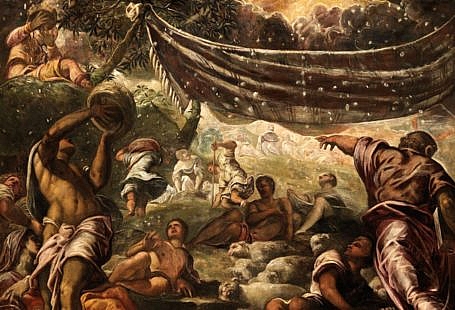