Neil Postman wrote this book in the 1980s, possibly the heyday of television before the rise of the internet and the culture of social media and google. But what makes his book on the critique of television so powerful is that it intimately connects to the present in a way that is both prophetic and frightening.

The thesis behind Postman’s argument is essentially that television is inculcating Americans with a preoccupation with entertainment. The first part of the book focuses on epistemological mediums. Epistemology is, literally, the study of knowledge. How we gain knowledge then, is our epistemological base. In ancient Greece, the way people learned things was through speech. In later times, the written word was how people predominately learned things. These two mediums have their advantages. Speech was probably some of the first ways people were able to garner knowledge and writing is an extension of speech by putting it down in a form that can last much longer.

This base became radically changed in the 20th century with the rise of two different mediums: the radio and the television. But unlike reading books, these had a different focus. That is, on entertainment. Television is largely a product of the show business culture, as Postman argues. What is frightening is that since the epistemological base has shifted, people have stopped reading in favor of watching television. Thinking through this, the “news” is a type of communication that has been directly influenced by show business. Coming out of the Presidential election this season made this point particularly poignant. Postman contrasts the Lincoln-Douglas debates with modern day expressions of policy. The debates were some seven hours long with a dinner break in the middle. In today’s debate format, candidates have some two minutes to make arguments for a total program run time of under two hours. Clearly our attention spans have shortened, but it also is catered to the show business industry. News channels feature interviews that last just a few minutes; the focus is not on fleshing out a meaningful discourse, but to entertain people.

This has vast implications for the present day as well. Social media has become a treasure trove of misinformation. It is now easy for people to form opinions because of what they’ve seen on Facebook rather than taking time to make sure their quotations and statistics are accurate. The medium of reading has gone by the way side in a way that is unprecedented in American history (Postman makes this argument as well). We’d rather spend our time being entertained rather than delving through pages and pages of data to form our own opinions; now we have it handed to us in a succinct way by someone who has formulated an opinion of it already.

There is an entire chapter devoted to Christian teachers as well. Networks like the Trinity Broadcasting Network and other perpetuate a kind of Christianity that is focused around producing a show. There is no scholarship on these programs, no worries on whether the interpretation is correct or if there is any inherent problem with making entertainment out of church. This, of course, resonated with me personally quite a bit.

This is a necessary book for us to read in this internet age. Even though it is dated, it still has application well beyond its years. 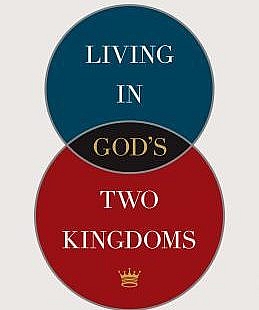