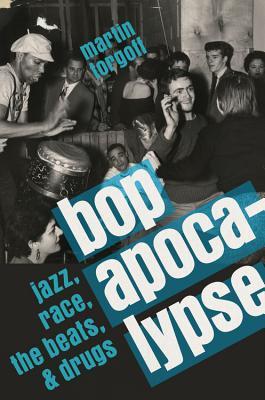 I love jazz. I will admit that unashamedly. I do not like the reputation that jazz has. Typically when any young person aspires to be a jazz musician, the conversation will most likely evolve into a warning about the dangers of drugs. The jazz of today is a far cry from the bop era where it spawned from. Today, jazz is a sophisticated art form that is performed in concert halls and fine dining establishments. It wasn’t always like that, however. It was in the 1960’s that jazz became intertwined with the indelible reputation of drugs.

Martin Torgoff looks at this relationship between jazz, the beat generation, and how it helped the drug culture of the 1960s and beyond. What transpires is a plethora of anecdotes from all kinds of jazz musicians. Billy Holiday, Lester “Prez” Young, Miles Davis, Charlie Parker, and others. These pieces could be books all on their own. The unique strain that runs through all of them is tragedy. They are all minorities in a racist America trying to explore new forms of expression through music. Black musicians like Holiday suffered from poor management and, frankly, abuse from every level. She would trade drugs for gigs, pressured to have sex back stage by her manager, raped, beaten, and stoned.

Others, like Parker and Davis, helped fuel the drug craze of the 1960s. Louis Armstrong smoked weed perhaps every day of his life after his career picked up. Jazz musicians, seeing the influence that Armstrong made in the music community, sought to emulate his example. What happened was a careening dive into harder substances. By the time Charlie Parker came onto the scene, drugs were synonymous with jazz. Torgoff, in perhaps the most poignant section of the book, explains that for many black musicians, drugs were a way to deal with an ungrateful nation. Many young black men went off to war to fight for this country and came back to a culture that despised them and saw them as second class citizens. The coping mechanism in the all-black bars and bistros where jazz was played was drugs.

Torgoff explores the beat generation and their commitment to drugs as well. None of this was as interesting as learning about jazz musicians to me, however. This is a sometimes graphic book that delves into some of the lesser known connections of drug culture, and a good, if very sad, read.