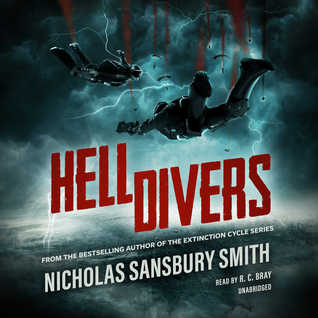 Imagine an earth that has gone through the most apocalyptic situation you can imagine, e.g., post nuclear warfare. Now imagine that humans have developed the technology to take to the sky and live on interstellar blimps that consistently circle their old home. That would be a difficult situation no? Now, think of the kinds of jobs these people would be employed for: on station farming, navigation, and.. hell diving?

Well, diving for short. This is the premise of Nicholas Sansbury Smith’s book “Hell Divers.” Literally, the divers descend rapidly into earth’s atmosphere, land, pick up supplies, and head back to their mother ship. As you can imagine in this fictitious world, supplies for the ship are desperately in need just to keep them flying.

Enter in Commander Xavier. He holds the record for successful jumps without perishing in all of humanity at this point. He leads teams to the surface on a regular basis, diving so humanity can survive. When the ship begins to lose primary components and Xavier and his team need to jump in a worse-than-normal area called “Hades,” where a storm threatens their mission, and they find alien creatures that are running amok.. well, then, you’ve gotten to the heart of what this book is about: a post-apocalyptic-dystopian thriller with some twists.

While it sounds intriguing, I actually did not enjoy the book all that much. I thought I would really like it because of the genre, but somewhere I felt the execution to be a little clunky. For example, Smith tries to give Xavier a soul; he has heart-to-hearts with bartenders and an adopted son, but it never feels authentic or real. The plot overall was a little scattered and it is obvious he is setting this up to be many books long. All of this had a less than appetizing appeal to me, personally. Still, if you find longer series appealing, then maybe this is one you need to check out. 3/5. 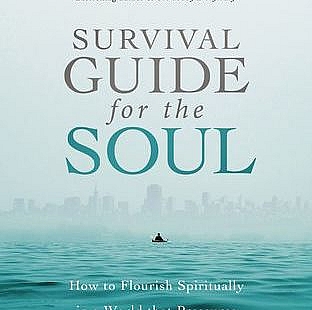