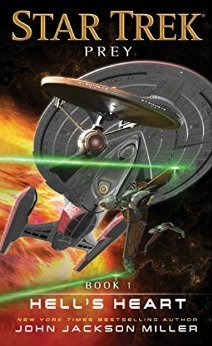 Star Trek is an interesting universe. However, this book was not interesting. Commander Kruge was obliterated in a Star-Trek’s-episode-past. In this series, however, his ideologies still live on. While at a summit to commemorate the unification of the Klingon and Federation, Captain Picard and crew are attacked by a mysterious group of masked soldiers. The Enterprise crew is split up and we learn more about a nefarious plot to push the two sides apart.

Overall, this wasn’t a very interesting book. I thought after reading Headlong Flight that all Star Trek books would be golden. However, this one proved beyond a shadow of a doubt that some can be just mediocre.