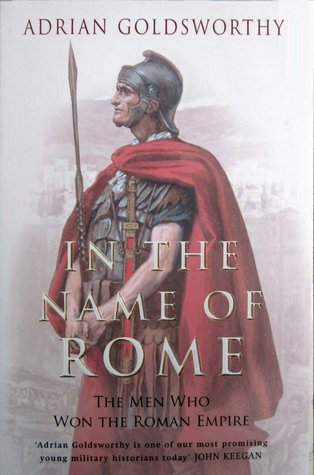 Well my Roman history obsession continues. After starting the year reading SPRQ and Dynasty, I moved to acclaimed historian Adrian Goldworthy’s account of a unique part of Roman history: namely the generals that won victories for the Republic and then the Empire. In this book, Goldworthy traces the accounts of over 15 different Roman generals and how they won battles in the fight for the good of the Republic/Empire.

Among the most noteworthy is someone I think everyone should at least know the name of: Scipio Africanus. The Punic Wars were a series of wars that the Roman Republic fought against the annoying Carthaginians. After intervening in an uprising during the First Punic War, Carthage came back in full force to threaten the Republic with the brilliant commander Hannibal in the Second Punic War. Scipio was able to repulse the Carthaginians and defeat Hannibal. Livy recounts a story, almost certainly apocryphal, where Scipio asked Hannibal who the greatest general was, Hannibal reportedly said Alexander the Great as the first and Pyrrhus the second. And had he beaten Scipio, he would have put himself before either of them. A nice story, yet Hannibal lost to probably the greatest general in Roman history who never lost a battle: Scipio Africanus.

The second most famous, at least in of the generals in this book, Roman general of note is Pompey (sometimes Pompey the Great). Pompey rose to fame in early battles such as the quelling of the slave revolt of Spartacus and solidifying the agricultural trade in Africa. Later, he rose to power to become of one the triumvirate, consisting of Julius Caesar, Crassus, and Pompey. The power struggle that ensued started a civil war after Julius Caesar crossed the Rubicon river. In those days, territories were controlled by what we would call governors. The governors had the right to command troops, and entering into another governor’s land meant you forfeited command. But Julius needed to go to Rome to ascend to the throne and oust Pompey, and so he broke with convention and crossed (after much debate). Pompey and other leaders fled Rome and Julius ascended the throne. Nonetheless, Pompey is still considered one of Rome’s greatest generals.

Julius Caesar had moxie, as the aforementioned Rubicon venture states. When civil war broke out, Julius was able to politically and militarily defeat his enemies thereby leaving the throne at his disposal. Of note in Julius Caesar’s army was Legio X, his most favorite legion and arguable the greatest Roman Legion in history.

I thought a particularly interesting account was that of the general Titus. Titus was the general in charge of quelling the rebellion in Jerusalem. Taking notes from both Roman sources and Hebrew (Josephus in this case) presents a more balanced approach to Roman domination. Titus laid siege to Jerusalem and despite advances from the Hebrews, they were not able to repulse their Roman conquerors and Jerusalem was sacked. This was probably the most interesting account in my opinion.

There is much more as the book looks at many more, but these left impressions on me that I found particularly compelling. What Goldworthy does is interesting in that he views some of the cultural conditions of the time before going into biographical detail on a particular general. Obviously a general in the Republic looked very different from those in the Empire. For one, generals in the Republic were often times statesmen who commanded various legions at their disposal. It would be the equivalent of our statesmen’s, congressman and governors, controlling the local National Guard units (can you imagine?). Further the composition of the army continually changed with technological advances and more advanced doctrine as time progressed.

I felt like the closing comments were particularly poignant. Goldworthy speaks about how the ancient Romans often times fought against rivals who were vastly technologically and organizationally inferior to themselves, much like the unconventional wars we fight today. Further, the influence of Roman armies continue to leave a legacy on armed forces around the world today. The drilling of troops is something Marines learn at boot camp and at times exercise throughout their careers. Often times this is seen as something that is totally unnecessary. Yet, it harkens back to a time where the precision of movements and lack of communication necessitated controlling thousands of troops in an organized way. This carried on into the introduction of the musket. The Romans drilled in 3 lines much like we utilize today. For musketeers however, it was necessary to 1) concentrate firepower, and 2) provide a quicker means of sending bullets downrange. The first rank would fire and begin to reload while the second took their shot, etc. We keep the tradition alive today by drilling and utilizing troop movements from the legacy we received it from. And there are good reasons to do so that I won’t get into right now.

The Marines I know, in particular, have a reading list that is supplied by the Commandant of the Marine Corps. If I could put this on the list, it would be one of the books I’d recommend at the General Officer level. There are incredibly important lessons to be learned that are far, far above my pay grade. So if you know any Generals, give them a copy of this book. 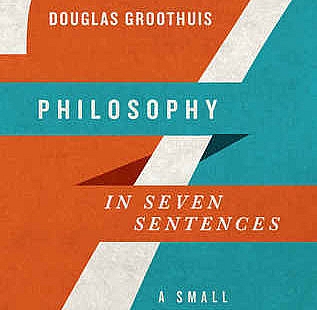