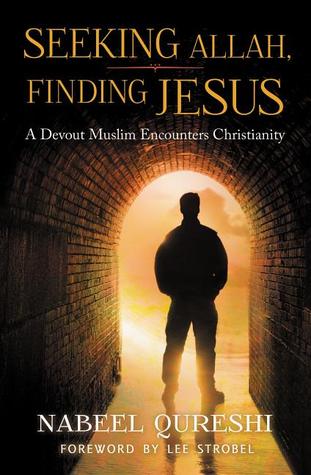 After reading Lesley Hazelton’s “After the Prophet,” I have become immensely interested in Islam. In the west, there is a lack of understanding regarding the actual beliefs of Muslims, whether you are on the right and find all Muslims to be abhorrent or on the left and believe all Muslims to be demonized. The fact of the matter is there is a disconnect between what we think we know and what we actually know, particularly about religious belief.

That’s why I appreciate Nabeel Qureshi. This book traces his life as a devout Muslim in his early life. His parents took him, religiously, to the Mosque for service; he prayed five times a day as we was suppose to; he memorized the Koran and lived a pious life. But something was missing; as he went off to college and was exposed to other views, he began questioning the center of his entire life.

Through men who came into his life that helped him recognize the validity of the Christian Gospel, he began to see a transformation. Even though he had grown up a certain way believing certain things about Islam, the pull of the Gospel could be no match to the knowledge of his childhood. What is so brilliant about this book is that it not only speaks to the beliefs of Muslims, but it also demonstrates how to respond to Muslims who have the same kinds of questions. While in its most basic sense, this book is a memoir but Qureshi has managed to turn it into an effective tool for apologetics and evangelism as well.

This book is fantastic and I think more Christians should read it in order to understand a different perspective.