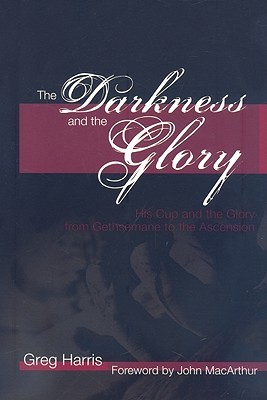 Greg Harris is a name that I’ve continually come back to for his incredible books. Earlier this year, I read the phenomenal book, “The Cup and the Glory” by Harris. The “Darkness and the Glory” I read last year and I thought it was brilliant. I wanted to revisit this book to glean some of the things I had missed the first time around.

The subtitle of the book explains the premise of this book: the journey of Jesus from the garden of Gethsemane to his ascension into heaven. So the book starts with Jesus in the garden and the weight of the task he was about to take on. Harris details not only the dread of Jesus in going to the cross, but the spiritual battle that was occurring in the unseen realm prior to his crucifixion. He moves to the cross and the “darkness.” One of the most interesting narratives of the book is what happened to Jesus when He died. This has mystified theologians since the early church. The early church believed that Jesus went to hell to pay for the sins of man. But this is a contested belief, even today.

Harris unpacks this subject at the heart of his book. Jesus’ message to the thief on the cross, that he will be with him in paradise, gives some clue to where Jesus was during the three days. This has been argued more fervently in recent years. However, there is a problem with this: Jesus was in paradise but not with God, as John 20:17 makes clear. He has not ascended to the father yet. So this paradise must be something else.

Harris explains some other clues that the Bible gives us, most practically in 1st and 2nd Peter. 1 Peter 3 19-20 says, “[He] went and made proclamation to the spirits now in prison, who once were disobedient, when the patience of God kept waiting in the days of Noah…” To understand this, Harris goes back to the garden. The prophecy in Genesis 3 is the first look at what will happen to Jesus: “He will strike your head and you will strike his heel.” This foretells of Satan’s demise and is made clear that it will occur through human offspring. Satan, wanting to prevent God’s word from happening, decides to infect the bloodline of humans with another agent: angels.

Cue Genesis 6:2 – “…the sons of God saw that the daughters of man were attractive. And they took as their wives any they chose.” To pollute the bloodline would ultimately mean that this prophecy could never come true. God saw this evil plan and the flood on the earth was in part a response to it. God preserved the “promised seed” through Noah.

Now these spirits must have been bound up and put into prison. And Jesus visits them during the three days after his death. Why though? Peter wrote this letter as an encouragement to the Church. Does this seem strange?

It doesn’t when seen through this context. Jesus “ministered” to these spirits not to save them, but to proclaim that He had triumphed over evil. The early Christian church went through persecution that was at times unbearable. What Peter communicates then, is that in the end, Jesus wins. He will someday triumph over all evil. Every knee will someday bow and every tongue will someday confess that He is Lord. Just a little longer we have to wait on this earth to see this grand day.

This is a really awesome book. I loved re-reading it and gleaning nuances of details that I had missed. I highly recommend it. 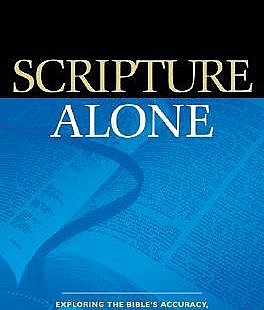