Benedict Arnold is virtually known to every American as a traitor. He is the archetype that resonates in the minds of every United States citizen from young school children to elderly adults as the symbol of what it means to betray freedom and liberty. But few are privy to the details behind Arnold’s defection to the British, and even fewer are sympathetic to his situation. Thankfully, Nathaniel Philbrick has produced this work that definitively seeks to weave the narrative of the Colonial resistance to the British Empire of George Washington with the plight that Arnold went through, in order to shed light on how complicated this story is. Arnold’s desertion was not simply a cursory decision, but rather a series of events that, when built on top of each other, led Arnold to his treasonous act. By the end of Philbrick’s narrative, one can sympathize with Arnold but not condone his actions.

Philbrick starts the story in 1776. The British took Long Island and Washington and the rest of his army had to retreat to Manhattan and eventually into New Jersey. Benedict Arnold was a Brigadier General at the time, and during the Battle of Long Island, he established himself as a more than competent military leader. Many of the critiques of Philbrick’s book come at the expense of the needless exposition, but this is a critical point for Arnold. His career as a very good tactician is imperative in what comes next.

Arnold also distinguished himself in the invasion of Quebec. Arnold was present for British General Howe’s attempt to take Lake Champlain and was defeated at the Battle of Valcour Island. Despite this, he was up for promotion to Major General. Unfortunately, he was spurned multiple times for this promotion by Congress. He made some enemies in this body which was responsible for Flag Officer promotions. Arnold deserved the promotion, but at the time, Congress believed it was responsible to promote only two Major Generals from each state. Arnold’s own state, Connecticut, already had two Major Generals and he was passed over, even though he anticipated his promotion due to his military prowess.

After finding out Fort Ticonderoga had fallen, Arnold was given command of an army under General Horatio Gates, commander of the American Northern Army. Arnold was dispatched with orders to defend Saratoga. In the Battle of Saratoga, Gates and Arnold clashed with Gates eventually reliving Arnold of command. Arnold refused to stay put and went out to the battle anyways where he was able to repulse the British through his savvy tactical brilliance. Arnold was wounded in the leg which eventually claimed a part of his height; by the time he recovered, his leg was six inches shorter.

Philbrick makes clear that the Battle of Saratoga was a turning point for Arnold. Not only was he continually spurned from a deserved promotion, the war for independence had claimed a part of his life that he would never get back. He also poured vast resources into the war which claimed much of his fortune. He was appointed military governor of recently reclaimed Philadelphia (that had just been evacuated by the British). Here he made several deals to regain some of his former wealth that were suspect. Further, he married the infamous Peggy Arnold who encouraged him to switch sides to the British.

Arnold was court martialed for some of the shady deals he had made in Philadelphia and was relieved of command to be put in charge at the outpost at West Point. Arnold’s treason became complete here. He engaged in writing letters to the high British command. He cooperated with a British spy named John Andre. Andre met with Arnold and Arnold gave him the plans for the defense of West Point. While journeying to British lines, Andre was captured by New York militiamen and Arnold’s plot was discovered. George Washington was suppose to tour the defenses at West Point the same day Andre was captured and Arnold’s treason became clear. He defected to the British.

I really enjoyed this book because it makes clear the complicated image of Benedict Arnold. That name has become synonymous with traitor in this country, but given the same circumstances, it is hard not to empathize with him. Given the same set of circumstances, few would be inclined to continue to fight for the country that had dealt you such a terrible hand. But on the flip side, one can empathize with Arnold without condoning his actions. What he did was wrong, but it’s easy to cast the die without really examining the evidence. This book helps you understand the perspective of Arnold and gives great clarity to his decision making process. I highly recommend! 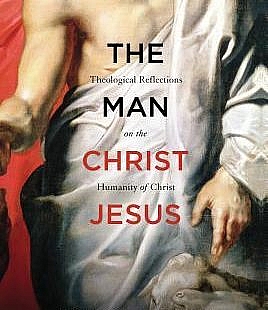